7 Easy Ways to Give Every Day on Vacation – Take Two

The Ungiven Gift – 365give Member Story 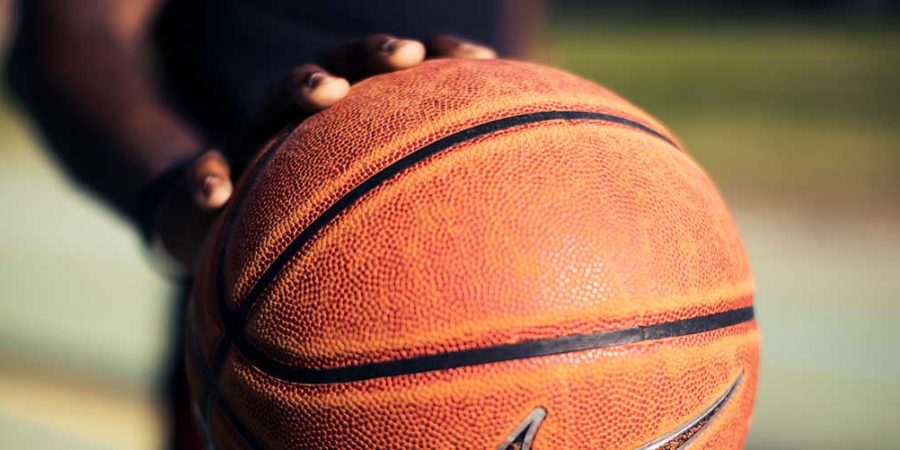 He was pencil thin and walked with a limp. A thirteen year-old boy with huge yearning eyes who was always an unlucky patient on the children’s floor of the hospital where my youngest daughter was all too often incarcerated. Curtis had sickle cell anemia, an incurable, painful, and terminal disease that plagues young people of African descent.

I would meander into his room to spend a little time with the rebellious loner and would often end up refereeing a screaming match between him and one of the nurses. The street-wise Curtis would usually win.

Over the course of a few years (the hospital was always my home-away-from-home), I eventually learned of the horror of his upbringing, the sad reality of his current life and the apparent dimness of his future.

My experience as a volunteer in the Big Brother-like program in our local Children’s Aid Society was that a small dose of interest and some one-on-one attention could go a long way to helping a kid who was in trouble with the law, failing school, and in Curtis’ case, a social outcast.

So, when my time was over with the last boy I was involved with, I asked the CAS if I could hook up with Curtis, albeit ‘unofficially’ this time. Problem was, I was in the process of selling my drycleaning business while building a music production studio (for my next career) and my time was too much at a premium to commit to a structured arrangement. They agreed, and I began to hang with Curtis.

I learned in very short order that among his survival skills was the tendency to cajole, cleverly manipulate, and even outright steal.
Although with kindness always in my heart, I had to have a second set of eyes when in his presence and was forced at times to be, well, curt with Curt.

Also during this time, I was involved in a major lawsuit after having had a song of mine “lifted” by a one-time friend and co-writing partner in Los Angeles, who had become a ‘hot’ producer of major recording acts. On one of his multi-million selling records was the core of a song of mine he had heard and we discussed in my presence during one of my frequent music trips in the 1980’s. I was a little more than hurt and felt I deserved not only the royalties for my creation, but also the credibility that went along with a “cut” of that magnitude by a name recording artist.

I retained a highly regarded entertainment attorney in Detroit (he represented many of the athletes on the professional sports teams in Detroit as well as one of the all-time greatest boxers and even some famous civil rights icons) who just happened to also be a truly wonderful and giving human being.

It was in a meeting with this man that I casually mentioned Curtis and my desire to do something very special for him. In my heart, I had a feeling Curtis would not live for too many more years. Sickle cell sufferers often died in their early twenties (or even before, two+ decades ago). I really wasn’t expecting anything from my lawyer in this regard, but the next day the phone rang and I was instructed to have Curtis “dressed up” and at the Palace of Auburn Hills at a specific gate number one hour prior to a Detroit Pistons game later that week.

Curtis was a huge basketball fan. His hero of heroes was Isaiah Thomas, captain of the Motor City NBA Champs the prior two years. But I didn’t let on to Curtis where we were going that night. Just that we were hanging out. I just asked his foster mother (and I use the term “mother” very lightly) to have him dressed nicely with his birth certificate in hand by a certain time.

Curtis was on time, eagerly waiting on his rickety porch when I pulled up. But to my utter dismay, he looked as disheveled as he always did in his over-baggy, tattered clothes. And of course, he couldn’t find his birth certificate.

Now, can you imagine the fancy dancin’ I had to do at U.S. Customs having this ‘gang looking’ teenager with no identification trying to cross the border with a business man in a new BMW? Well, fate and some silver-tongued talkin’ prevailed and we were soon racing up I-75 to The Game.

I tried to make idle conversation with the excited but slouching teenager. All Curtis could do was hound me. “Is it a ballgame? Is it a concert? Rick, where are we going?” I love to tease. Finally, he glimpsed the landmark dome of the arena from the freeway and knew he was going to get to see his favorite team play.

We found the specified gate, parked and walked to the entrance. Walking with Curtis was always a little frustrating for me (he would do the ‘slow, cool stroll’ and I am a brisk walker) but this time I knew there was something special waiting that we should almost race to.

We were met by a well-dressed, executive-looking middle-aged man, who just happened to be the Vice-President of Public Relations for the Detroit Pistons. Talk about first class! He escorted Curtis not to his seat but directly to the Pistons’ bench, where Curtis’ eyes grew almost as big as the basketballs the giant athletes had just started tossing around in their pre-game warm-up.

I was led to our prime seats directly behind the bench. A waitress visited only seconds after that, taking my order for refreshments. Everything was ‘on the house’.

I saw one of the assistant coaches introduce himself to Curtis, and next thing I know, well, guess who’s center court tossing the ball around with his hero, Isaiah? Soon, he was running the court and shooting hoops with Bill Laimbeer, Dennis Rodman, Joe Dumars, and the rest of the elite players!

At this point, I couldn’t even imagine the exhilaration that this young man who life never seemed to smile upon was experiencing at this very moment! I mean, how could anyone’s wildest imagination even envision this ravaged spirit and body trying to ‘deke the Bad Boys of basketball?’ I just sat quietly in utter amazement, misty eyed and SO grateful to my legal friend and the ‘human’ management of this professional sports team who arranged all of this for one person – a Canadian kid who was close to my heart.

When the warm-up was done, Curtis climbed up with me. The first half of the game was great. The Pistons were pounding their opponents. A few of the players even glanced back and thumbs-upped to their new teammate! By the time the half-time buzzer sounded I was certain Curtis’ dream day was complete.

But hold on, this was only half time! The same assistant coach who invited Curtis onto the hardwood floor pre-game, called for him to hang with the team in the sanctuary of the dressing room during their much-needed break. Give ME a break!

I’ll never forget what I think was the widest smile I have ever seen as the team emerged onto the floor afterwards and my little guy ‘cool strolling’ as proudly as I’ve ever seen anyone. And much quicker than I ever recalled. What a night!!

The ride home was quiet. Opposite of the ride there. Curtis slept most of the long way home. I could only imagine his dreams. Canada Customs was kind and allowed him to sleep through their few brief questions for me. It was sad to see him sleepily stagger up the sidewalk to his stark reality, after having just left a world where I’d bet no one would believe he had been.

Somehow I thought I would receive a phone call from Curtis the next day. But it never came. Two days later I had a very good reason to call him. My attorney and the team had arranged to have every player on the NBA Champion Detroit Pistons sign the game ball from that night, and Federal Express it to my home address, to give to Curtis. An autographed yearbook was included too.

I couldn’t wait to tell him. I mean, I was flabbergasted at this unexpected and over-the-top gesture! I recall excitedly dialing his number and the deflation after hearing that “Curtis took off to Toronto yesterday.” Foster mom went on to explain that she didn’t know where he was or how to contact him. And neither did the Children’s Aid Society.

Little did I know that evening would be the last time I would ever see Curtis. My instincts tell me that he is not with us anymore. But if he is, he has one great gift still waiting for him. 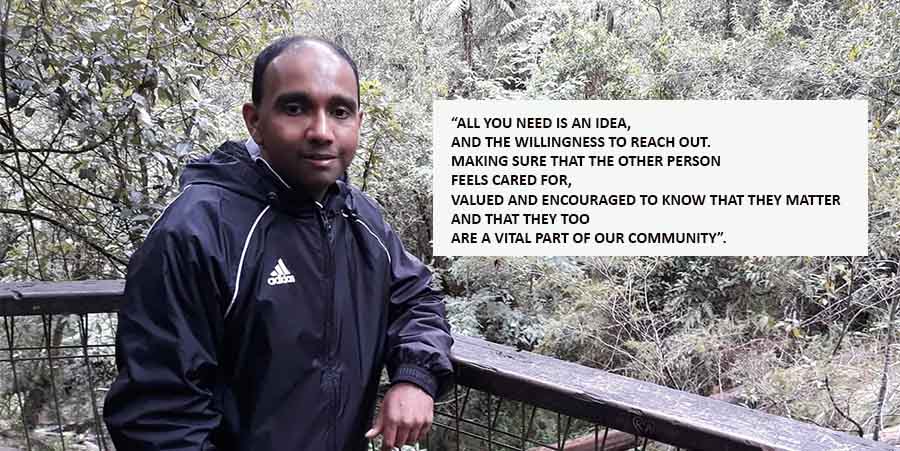 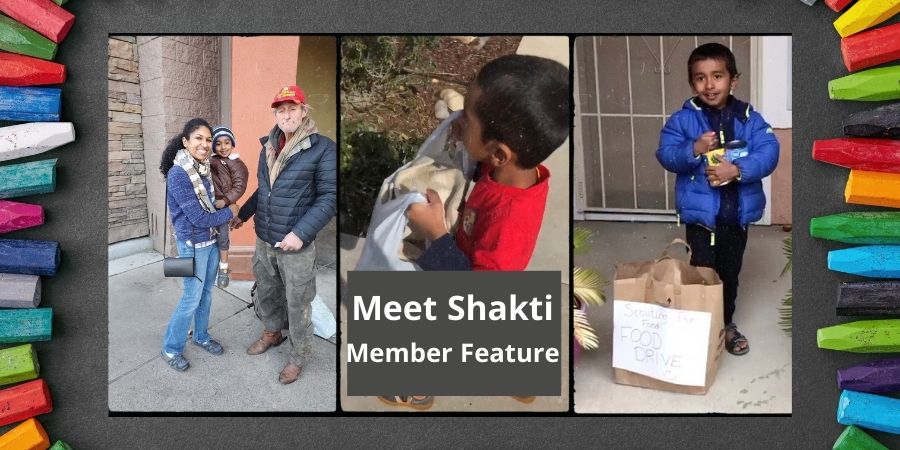 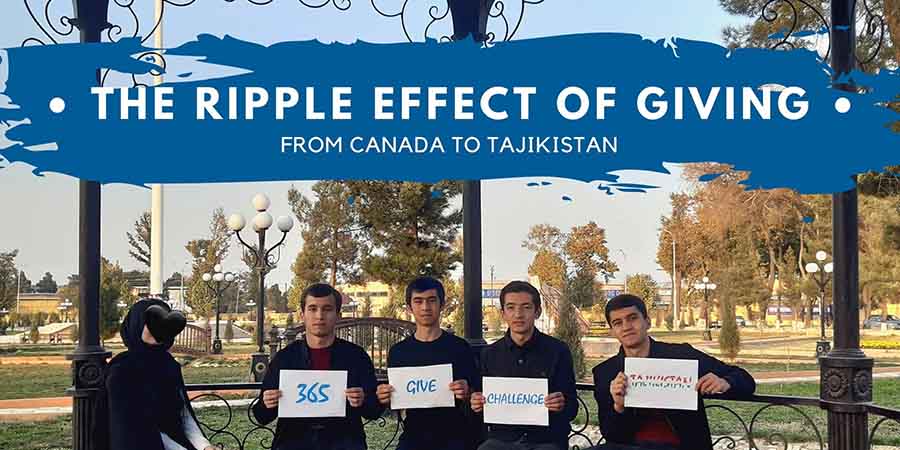 365give Membership Story – Tajikistan is Giving!